Let it be peace of mind, fulfillment of your dreams and realization of your plans!

We wish you the best of success in spite of the global recession.
Move your business across the borders and keep expanding it by all means, and especially actively involving Internet in your promotion, popularization of your products and services, finding new customers and building up new relationships. 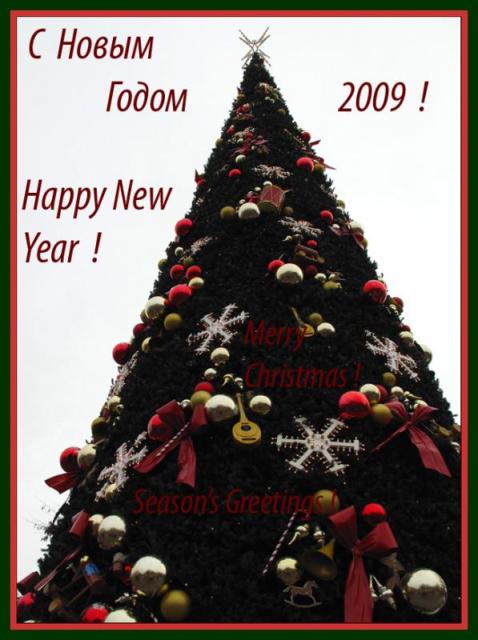 Do you know that Russian people celebrate Christmas two times every year? )

First time — prior to a New Year (as their Western friends do) and second — traditional Russian Orthodox Christmas, which is celebrated on January 7th. )

Anyway many things have changed since then and millions of Russians all over the world celebrate this bright and a little bit mysterious holiday!

Hint: You can congratulate your Russian friend up to January 13th… (this is when a New Year comes according to the old style Julian calendar).

Remember also that most of the Russian people go to their jobs up to December 31st.
Seems strange, but it’s a fact.